Smart bulbs are a crucial component of any smart home, and they?re often the first thing that anyone looking for more control over their home will buy. Well, I make that assumption, but it?s mainly based on the fact that my smart home journey started with smart bulbs. They weren?t just any smart bulbs either. I went with Philips Hue bulbs, partly because there weren?t as many competitors as there are today. Fortunately for me, while they?re on the expensive side, they?ve never let me down, and I?ve stuck with them ever since.

Whether you?re thinking of buying some bulbs, or you?ve already got them, you might be wondering how long Philips Hue smart bulbs last. I was, especially as the very first bulbs I bought all those years ago still work today. Most people keep a few spare bulbs to hand, but when the Phillips Hue Colour Ambience bulbs I like to use cost what they do, I don?t necessarily want to leave that much money collecting dust in a drawer!

Before you can get an idea of how long you can expect your Hue smart bulbs to last, you need to know which bulbs you have. Like most smart home products, what?s cutting-edge one month could be obsolete the next. When people think of smart bulbs, they think of Philips Hue, so it?s a competitive advantage that deserves constant refinement.

The first generation of Philips Hue bulbs launched in 2012. From there, the second generation came along in 2015, with the third following hot on its heels in 2016.

At the time of writing, we?re up to the fourth generation, which launched in August 2019. Fortunately, there?s no need to rush out and replace your third-generation Hue bulbs as they are technically identical in terms of colours and brightness capabilities. The key addition is Bluetooth. This new feature means that, for the very first time, Hue owners can operate their bulbs without the need for a bridge.

I?m personally not sold on them as an essential upgrade, as Bluetooth only works at certain distances. With that said, if you buy Hue bulbs today, the chances are you?ll receive the fourth generation. Fortunately, Bluetooth is an addition, not a replacement, and the bulbs work with your bridge as usual if you like to control your bulbs from any distance imaginable.

So, that?s enough about the Hue bulb generations, which we cover in more detail elsewhere on the site. I included brief coverage here for context, as part of the generational improvements involve how long each bulb lasts. If you?re still using first-generation bulbs and reading this, you should budget to replace them soon. One of the main improvements between the first and later generations is their lifespan.

While limited compared to later generations, you can still expect years of service from a first-generation bulb. At 15,000 hours, you could use your smart bulb for six hours every day and still see it lasting for around seven years.

All subsequent generations last for even longer, and this wasn?t an incremental improvement. Install a new Hue bulb today, and if everything goes to plan, you can expect it to last for around thirteen years based on the same usage, or 25,000 hours.

It feels a bit harsh to call ?normal? lightbulbs dumb, but it worked for smartphones so we?ll use it here too. Use an incandescent light bulb, such as the one displayed below, and you can expect about 1,000 to 2,000 hours of life, or about a year when used for six hours each day. 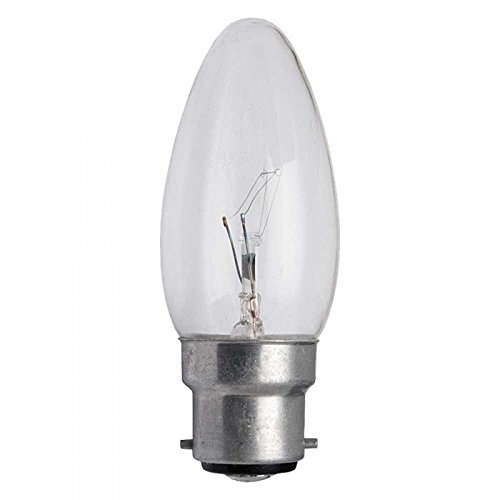 On the other hand, if you opt for dumb LED bulbs, you can expect longer life than Hue bulbs ? twice as much, in fact. They use less energy and don?t have smart functionality to worry about. On that basis, you can expect 50,000 hours of light from each bulb. Using our daily six-hour metric, that?s nearly 23 years before you need to change the bulb. If you don?t want or need smart functionality, they?re definitely worth it, to say the least. If you?re in the market for new LED bulbs, I recommend these ones.

So, while you?ll sacrifice some of the lifespan of your bulb for smart functions, they?re still great value for money, even if they?re a little more expensive than most counterparts. While there are plenty of options out there, I firmly believe that Hue bulbs are the best smart bulbs on the market, and they?ll last you long into the future if you decide to invest. How To Declutter Your Home ? 10 Effective Tips